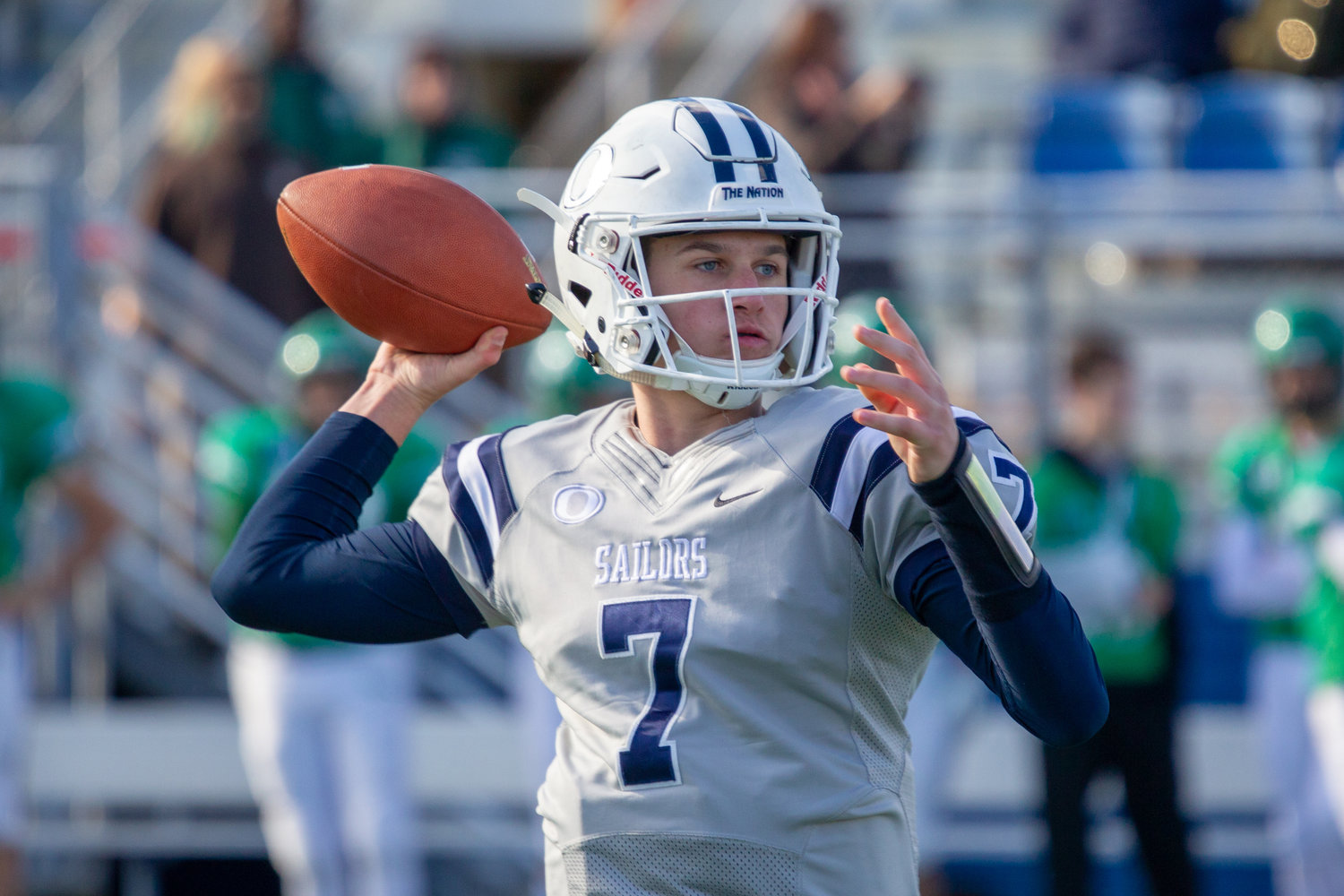 Oceanside’s first game of the season is all wrapped up, and the Sailors started it in impressive fashion blowing out Uniondale 34-7. It is a good victory to open the season, but the “job is not done.”

Right from the opening kickoff, it was all Oceanside. The offense started where it left off last year led by Charlie Mckee who continues to show why he is a Division 1 quarterback. Charlie put up an impressive stat line going for 15 of 18 for 231 yards and 4 touchdowns. Richie Hosein had over a hundred yards of offense and a touchdown to go with it. The skill positions are looking good thanks to brothers Ronnie Kraemer and Bryan Kraemer who both scored touchdowns to add to the outstanding offense for the week 1 victory.

The Sailors defense was on lockdown in the first game against Uniondale. The defense was as spectacular as the offense with the defensive line not allowing anything past them with Cole Parker, Logan Lyson, and Joey Brodrick leading the way. This game is a strong start to the season and indicates that there are great things to come this season for Oceanside.