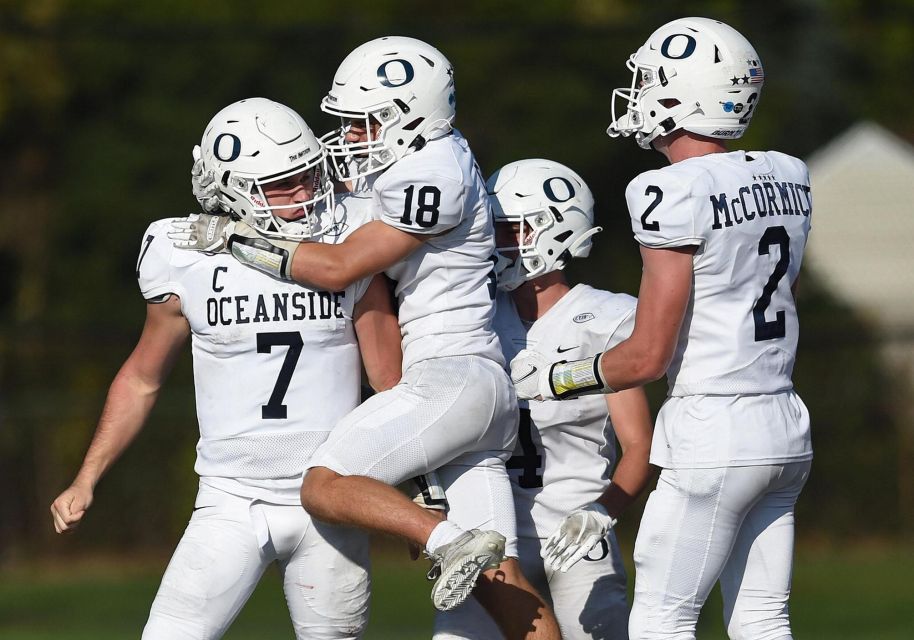 Oceanside’s impressive week 6 performance brings them to a 5-1 record. Keeping them in second place in their Conference and making some separation from the teams below them in the standings. The Sailors beat Syosset this week 24-16. Oceanside was also able to show their depth with some injuries throughout the team but were still able to put on a great performance.

The Sailors offense started off with a slow start coming out of the gate with zero total yards in the first quarter but turned it around real quick. Oceanside brought an aspect of the offense back that we haven’t seen in a while which was rushing with Charlie Mckee. Even though he was out in last week’s game against Port Washington, in the weeks before Oceanside didn’t really rush with their quarterback. Receivers Mikey Mecca and Miles Mcgann both came up with great catches for touchdowns creating some game changing moments. Once the offense heated up all aspects were clicking pretty well for the sailors.

The defense played a great game keeping Syosset’s offense to only 16 points. The most important thing is that they created 3 turnovers (1 interception and 2 fumbles). The interception was by Miles Mcgann who jumped right in front of the receiver to pick the ball off. The defense keeps getting better as the season goes on. The Sailors play East Meadow at home next week and hope to keep on rolling.