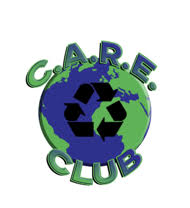 For those of you that may not know, the CARE Club is an environmental awareness club dedicated to respecting the earth and educating others on the effects of man-made issues. The co-presidents of the club are Chris Long and Carlos Garcia. Other club members include Sophie Weissman, Katie Vaseghi, Zoe Flamen, Jake Weissman, Lindsay Chetkoff, Leah Koeppel, Sara Brobston, Emma Berdini, Rebecca Snyder, Riley Mazzocco, and Sydney Tavroff.

October 13th was the club’s first official meeting of the school year and, according to a Remind message sent out by Mrs. Wolfson, “…the best way to spread the message of environmental awareness is to educate ourselves on what the problems and issues actually are.” In their meetings, they plan to focus on creating presentations by each of its board members addressing different global issues. During this past meeting, Chris Long began his presentation by talking briefly about climate change and, specifically, oil spills.

Members were informed about the devastating oil spill that happened in California earlier in the month. In order for members to have a grasp on the true devastation of oil spills, Chris played a video outlining some other devastating oil spills, such as the Exxon Valdez spill in Alaska (‘89) and the spill in the Gulf of Mexico in 2010. Members were presented with images of birds covered in oil, laying helpless and unable to move on ocean shores. These images sparked memories that the club advisor, Mrs. Wolfson, had back when she was 13 years old hearing of the Exxon Valdez oil spill for the first time.. She believes this was the first time she was introduced to the idea of environmentalism, saying that it might have helped shape her to become the environmental advocate that she is today.

The club is open to all Oceanside students; however, to be a member, the club requests that you attend two beach clean ups during the year. They not only help you become a member, but they also get you amazing opportunities for community service hours. The CARE club does beach clean ups with an organization called “Surfrider”. The club encourages members — or anyone in the Oceanside community — to follow them along with the Maji Movement on Instagram to keep them informed about upcoming events and local beach clean ups.

This club is the perfect club for anyone concerned about our environment and perfect for anyone interested in learning more about global issues impacting our planet. Even if you do not join the club, try to be more aware of your actions and how it may impact the environment.

To be a part of CARE club: