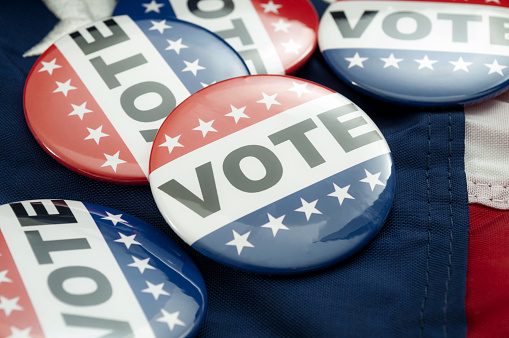 High school students aren’t usually interested in elections of any kind except for Presidential elections. I believe that this age range doesn’t have the knowledge of local elections specifically due to the fact that we cannot vote. Many seniors at OHS are not yet 18, and therefore cannot vote. For those in the lower grades, I believe that candidates up for local elections play roles that young people don’t appreciate yet since we don’t carry all of the responsibilities our parents have.

However, despite our age, it is important to know about who ran and who was elected. The positions that were up for election were: county executive, district attorney, comptroller, county clerk, and more yet those were the key races to watch.

It would seem that despite the fact that a week has gone by since the Nassau county elections, there are still no definitive results of who has been elected into these local positions. The reason being: mail-in ballots. As many students have seen in the past Presidential election, there were many concerns over mail-in ballots, causing the election counts to take much longer than previously anticipated. It would appear that a similar situation is happening in Nassau county according to local websites.

A little research will bring up the Nassau County official website in which they had a detailed count of all the electoral races in the county. On the top of the page, it stated that the numbers shown were the unofficial results of the elections, suggesting that ballots are still being counted due to mail-in absentee ballots.

However, when reading a New York Times article written November 8th, the article had definitive results for the local elections. According to the article, Bruce Blakeman has declared victory over Laura Curran, who has not yet conceded due to the ongoing counting of mail-in ballots. In addition, Anne Donnelly won as county DA, comptroller also went to a Republican, Elaine Phillips, and County Clerk has gone to Maureen O’Connell.

This race – similar to the Presidential election – raises the same question of whether or not all votes will be counted. Mail-in ballots are sent in after those that were given at voting sites, and asks if there should ever be a “cut-off” deadline for receiving ballots. However, a ballot is a ballot, and a vote is a vote, and every person who decides to vote in any election has a right to have their votes counted. Some may say that the results are taking too much time, but in order to have the most fair results, every single opinion received on a ballot must be counted.

For now, the votes that have been counted, it would appear as if a “red wave”, as political scientists have called the phenomenon, has taken over the island. In a New York Times article, the author discusses why many Long Islanders voted Republican despite their political background. The article suggests that the reason is due to the fact that many Long Islanders have been dissatisfied with the nation’s current political climate; therefore, they believe that if they elect these Republican politicians, the Democrats will have no choice but to slow down their ambitions or possibly work together for the people. It is common for local elections to reflect the opinions of the people, and indeed this election represents a lot.

The article stated that Long Island has been traditionally Republican; however, these local elections surprised political analysts. The results suggest the reaction to the struggles President Biden has had recently, which is evidenced by his 41% approval rating. Although that may be subject to change with the passing of the infrastructure bill.  These elections — like so many others — continuously represent how much the title of “Republican” or “Democrat” matters in terms of popularity with voters. It seems as if it doesn’t really matter what the individual stands for, but rather for the party they associate with.

That is why it is important for students at OHS to keep themselves informed about political figures; who is running in an election, whether local or national, and what all parties stand for.