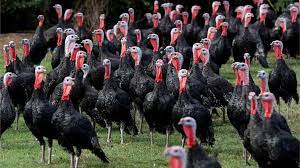 Should you be buying your Thanksgiving turkey now before it’s too late? Well, the answer is yes and no depending on how big of a bird you’re looking for this year. If you’re going to be celebrating Thanksgiving with a smaller group of people, then you might want to consider buying your smaller turkey immediately. Various news outlets are reporting that there might be a shortage of smaller and fresh turkeys this year. If you’re celebrating Thanksgiving with a larger group of people and intend on buying a larger bird, you should be okay.

According to an article by Consumer Reports (CR), there won’t be a turkey shortage this year, but other news outlets like Good Housekeeping and Parade are indeed citing turkey shortages. Even though Consumer Reports is claiming there isn’t a true shortage, they still recommend that you buy your turkey as early as possible. This is because one of the major turkey producers in the U.S. (Shady Brook Farms) said there was going to be a short supply of small fresh turkeys this year. The shortage isn’t a major one, though. It’s only going to be 1.4-6% less than last year.

The Good Housekeeping article claims that there is most likely going to be a shortage of turkeys less than 20lbs. They also said that this is the result of less demand for large turkeys and increased labor cost and industry distribution. CR also added that it’s not likely that you will have too hard a time finding a turkey this year, but it is going to be more expensive than usual. Consumer Reports claims that it’s going to cost 10% to 15% more to buy a smaller, fresh turkey this year.

CR recommends that your best bet would be to order a fresh turkey from a local turkey farm rather than buying one in a store if you’re looking to save some money. Last year, turkey averaged $1.15 per pound. Now it’s running about $1.36-$1.41 per pound. In 2019, turkey was only $0.81 per pound. The last time turkey prices were as high as they are now was in 2015 when turkey was $1.36 per pound. As a result, your home-cooked Thanksgiving meal might be pricier than usual this year.