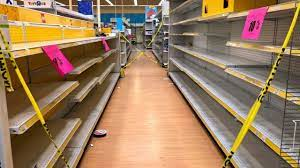 Due to Covid-19, the blockage in the Suez canal, power outages in Chinese factories, shortage of workers, increase in labor cost, and trucker shortages, there has been a supply chain issue in stores across the nation. According to CNBC, the companies LOL Surprise, Rainbow High, and Little Tikes have enough inventory for about 65% of its demand. Brian Goldner (CEO of Hasbro) said they’ve doubled the amount of ports in the U.S. and have also added additional ports in Asia. He also said that toys would be delivered in the beginning of the 4th quarter instead of the end of the 3rd like they usually are. He said this in September and we are now in the 2nd third of the 4th quarter. As Christmas rapidly approaches, Hasbro sticks by their statement that toys will indeed be readily available for consumers.

CNN reported in an article that toys will be harder to find and will be more expensive, but the toys will be in stock. CNN also reported that 82% of retailers are at least somewhat nervous about inventory. The Salvation Army is also having some trouble with both money and toy donations, not just because of the pandemic but because the number of families that need help have nearly doubled from last Christmas. They’re also running low on the Santas that ring bells for donations this year and are experiencing less donations than normal in both in-person and virtual kettles. If you want to donate money to those in need in your town, go to the Salvation Army website and type in your zip code and the amount you want to donate here.  Happy Holidays!