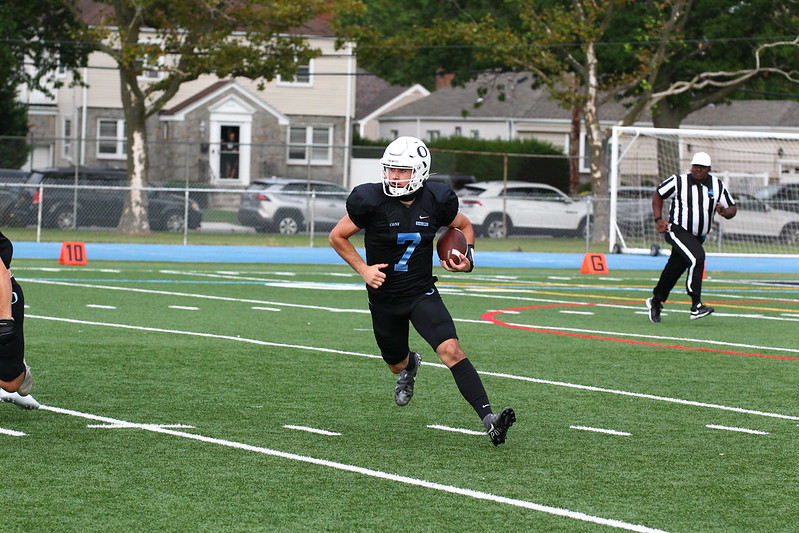 Even though Oceanside came out of its second game with a win, not everything went the way the team wanted it to. However, the Sailors still put on a show for the fans during their first home game of the year. The Sailors now have a 2-0 record for their second consecutive season.

An aspect of this week’s game that was really impressive was the running game. It was notable that they were run heavy and didn’t really throw the deep ball. Running backs Nicky Cairo and Cole Parker both exploded showing off the sailors multiple back offense. Overall, the offense scored four touchdowns – all of them being impressive rushing touchdowns by quarterback Charlie Mckee. The offense was sometimes shaky as they fumbled twice and threw one interception, but they overcame the turnovers with a solid running attack. Also, kicker Frank Morizio made an impressive 40 yard field goal.

For the majority of the game the Sailor’s defense was all over Farmingdale’s offense – the pass defense was especially impressive. The defense, however, did give up some big runs. The loss of experienced lineman Joey Brodrick early on in the game was definitely a key factor in the defensive lapses, but the Sailors survived a scare from the hungry Dailers and prevailed with a victory.