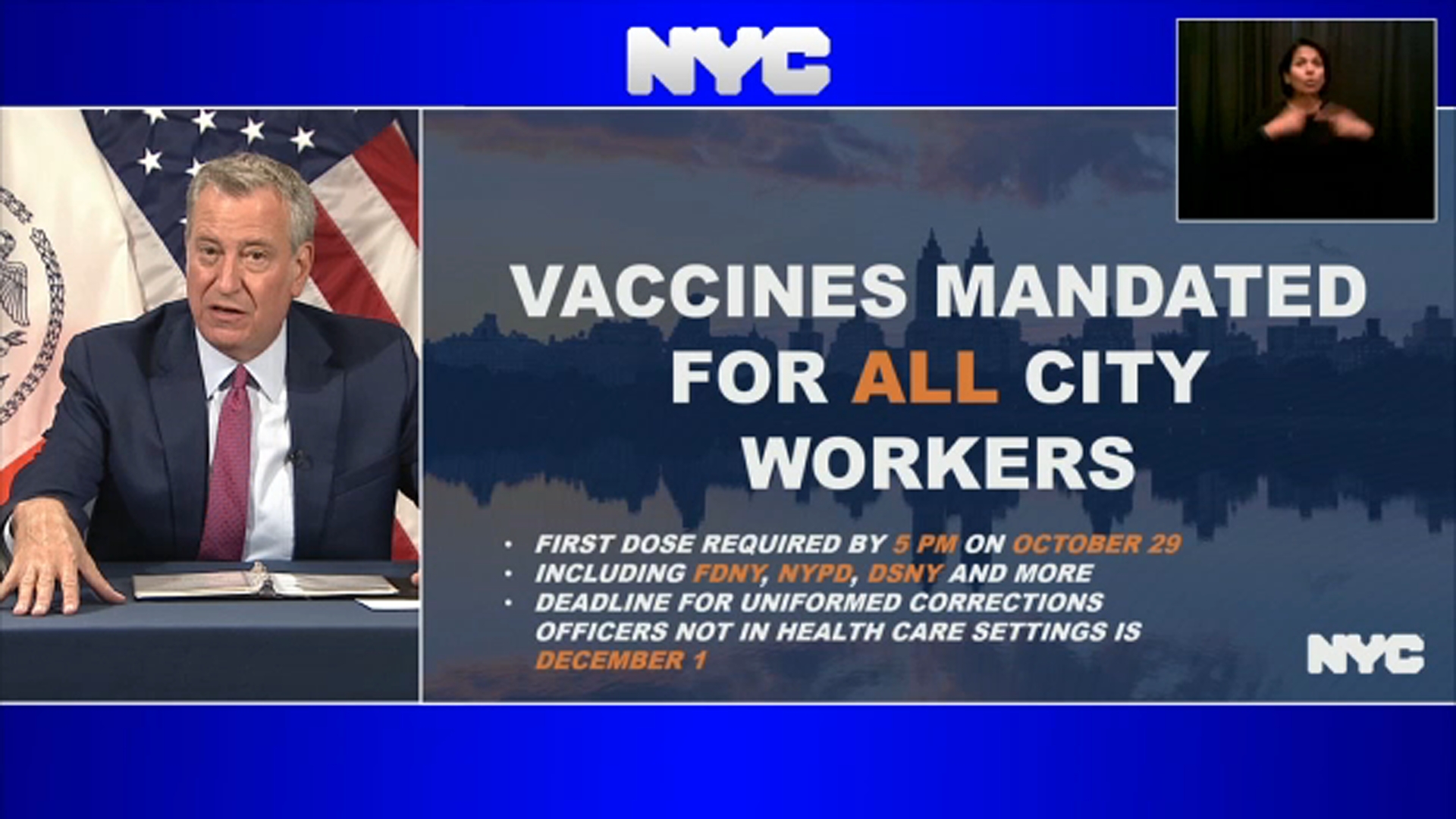 Public New York City employees now have until November 1st to get vaccinated or they will be put on unpaid leave until they do. As a vaccine incentive, city employees who get their first shot at a city-run site will be paid $500 extra in their next paycheck. Northwell Health, along with the NYPD, NYFD, and and the NYC Board of Education, say they may have to let go of thousands of workers who refuse to comply with the mandate.

According to the New York State government’s website, 90% of state hospital workers are completely vaccinated. Some unvaccinated healthcare workers argue that since they had Covid before and have natural immunity, they shouldn’t have to get the vaccine since they already have the antibodies. The leading argument against these vaccine mandates in NYC is that the mandate is illegal because it violates religious freedoms. Some Republicans in the state are claiming that the mandate is invalid because it’s an emergency regulation by the executive branch and it wasn’t enacted by the state legislative branch. Another argument that is brought up against the vaccines is that they were researched using aborted fetal cells that were regenerated over and over again over the past decades. However, this is part of standard industry practice where these cells are used to help research for safe and reliable production of viral vector vaccines. More information can be found in this article: Nebraska’s Medicines .

The leading argument for enforcing vaccine mandates, according to The Harvard Business Review, is simplistic yet logical: if we mandate vaccines, we will be able to move on more quickly from the pandemic. The article also goes on to mention that when a business does not mandate the vaccine, the business is delegitimized. Dr. Anthony Fauci also believes that eventually it’s a good idea to enforce these vaccine mandates on children due to the “strong benefit-risk ratio”.

NYC is facing backlash from a small percentage of city workers who are refusing to comply with the mask mandate. As a result, unless these workers decide to comply, city agencies may find themselves short staffed in a few days when the mandate takes effect.