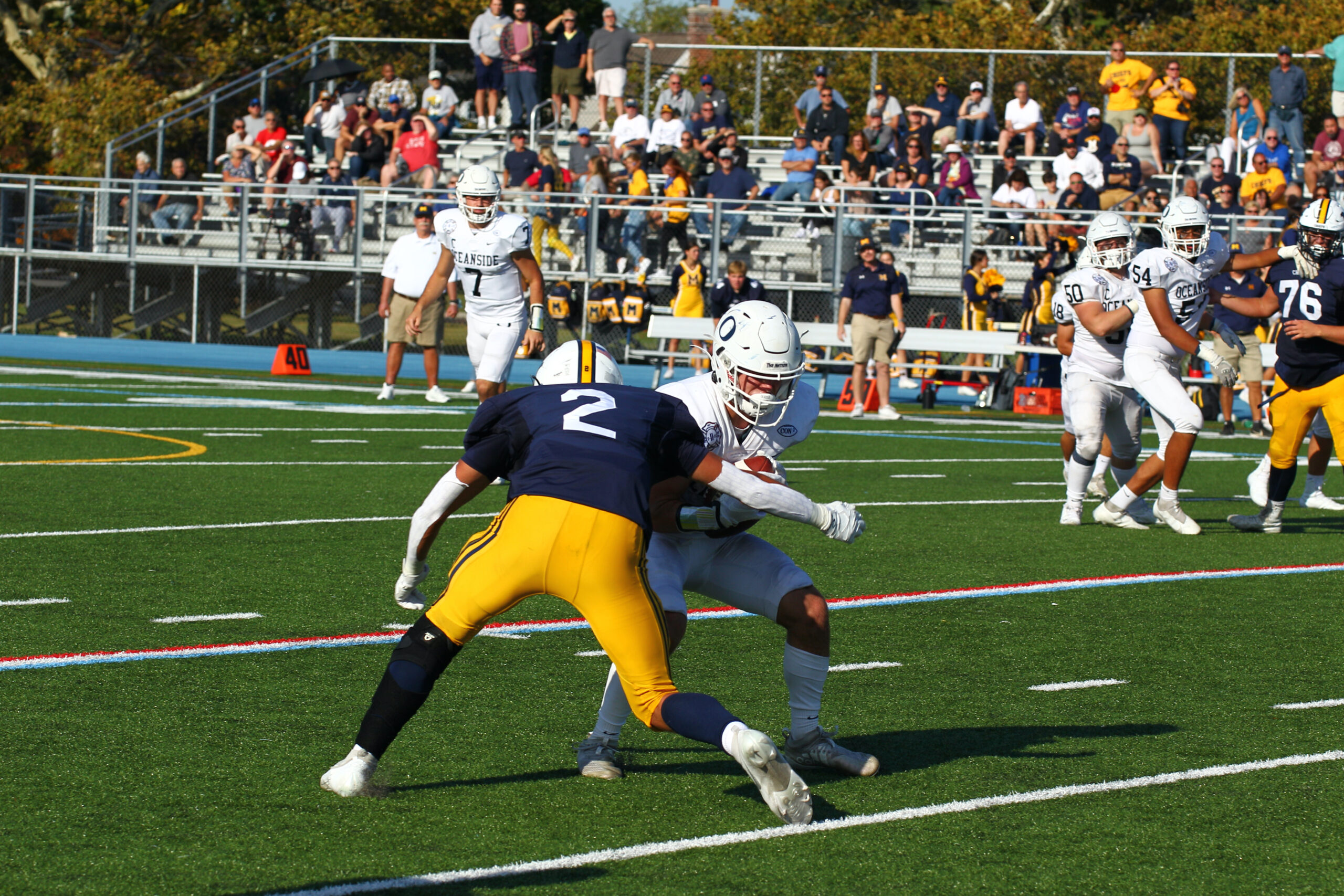 The crowd was great, the community was out in force, and it was a beautiful day to be out and enjoying the festivities. Unfortunately, the homecoming game this year did not follow the script. There was no thrilling last second catch in the end zone to defeat the Chiefs as Oceanside suffered its first loss of the season. The 26-21 defeat was not short on excitement though. As per usual between these two teams, the game came down to the last drive. Unfortunately, Oceanside didn’t have enough time left to get the win.

The usual smooth sailing offense of The Sailors had its ups and downs against this Massapequa defense. The biggest issue for them was turnovers. The Sailors gave the ball away three times in the second half. After a second quarter that saw them put up 14 points, it looked like they were ready to explode, but the giveaways kept them from gaining momentum.

The Oceanside defense may have seemed shaky at points throughout the game; however limiting Massapequa to only 13 second half points after the three turnovers was impressive. The turnovers ultimately took their toll though, as Massapequa went 8 for 8 on fourth downs during the game and kept the ball away from the Sailor offense. Matt Roseler’s interception helped, but it was not enough.  Oceanside looks to bounce back this week against Port Washington at home.